The Honorable Deputy Minister of Health and Sanitation 1, Dr. Anthony A. Sandi has said that they cannot let the huge progress already made in the fight against Malaria to be undermined by the current coronavirus pandemic in the country and we must maintain and accelerate progress towards malaria elimination with more determination than ever before and the government is committed to ensure the control of malaria during the COVID-19 pandemic.

Speaking on behalf of the Ministry of Health and Sanitation at an orientation meeting with Honorable Members of Parliament on Friday 15th May at Committee Room 1 in Parliament, Dr. Sandi stated that malaria still remains a major public health concern and everybody is at risk and however stated that the most vulnerable groups are pregnant women and children under- five years.

The Hon. Minister of Health referenced the World Malaria Report of 2019  which states that Malaria is still a widespread endemic disease and that it accounted for  about 405, 000 deaths in 2018globally. He continued that over 90% of the malaria burden is in Sub-Sahara Africa and 70% 0f these deaths accounts for children under five years.

He further stated that the country’s population stands at over 7 million and already a malaria disease burden which puts the entire population at risk of malaria and with vulnerable groups been most vulnerable.

He added that the National Malaria Control Programme in the Ministry of Health and Sanitation in collaboration with its partners have done substantial work to control the disease and progress is tangible and visible in communities.

He urged Hon. Members of Parliament to be committed and symbolic in their constituencies by using insecticide treated mosquito nets every night 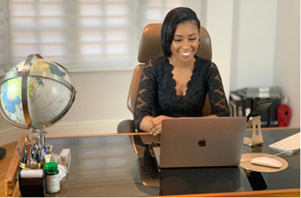